Depending on when you’re planning a traveling to Disneyland or Walt Disney World, your trip may have just gotten more expensive.

Disney DIS, -0.97%  altered the pricing for single and multi-day tickets and annual passes at its two U.S. resorts this week. The change in prices comes as both Disneyland Resort and Walt Disney World Resort have seen an influx of visitors thanks to the new Star Wars: Galaxy’s Edge attractions that opened at both resorts last year.

In the past, Disney has increased prices in tandem with the opening of new rides and attractions. Both resorts will see other new experiences debuting in the next couple years, including attractions based on characters from the Marvel Cinematic Universe, the Disney-Pixar film “Ratatouille,” and classic characters like Mickey Mouse and Minnie Mouse.

Don’t miss: This mother took her family on a $2,200 vacation to Disney World — for free

While the timing of ticket-price increases generally follows the addition of new attractions, travel experts say it is more a reflection of rising guest demand. “Disney is increasing the prices because they can,” said Tom Bricker, who owns DisneyTouristBlog.com. “With consumer confidence high people are willing to spend big on travel.”

With the new ticket pricing in place, deciding when to visit has become somewhat trickier from a cost-savings perspective. The dates when tickets are cheapest and when hotel rates are lowest don’t necessarily align.

For a trip to Disneyland, travelers would likely save the most money visiting between Monday, May 11, and Thursday, May 14, Testa said.

“That week has the lowest combination of ticket and hotel prices I can find,” said Len Testa, co-author of “The Unofficial Guide to Walt Disney World” and president of travel website Touring Plans. “The ticket prices are rock bottom ($104/day plus tax), and the Disneyland hotel’s rates are $372/night plus tax, about $94/night less than the next-cheapest nights I can find.”

The cheapest time to visit Disneyland is likely May 11 through May 14.

The next cheapest dates are likely weekdays from Aug. 24 through Sept. 7. Ticket prices are also the lowest on Tuesdays and Wednesdays from the last week of April through the third week of May, Testa said. (Disneyland has only released ticket prices through June 30.)

Regardless of when you go, it will almost always be better to visit the theme parks at Disneyland on a weekday. “Weekends are busy and more expensive year-round,” said Don Munsil, co-owner of theme park savings site MouseSavers.com. “Disneyland gets a lot more local guests, who often just drop by on a weekend to hang out, have a churro and ride a few things.”

Many people who travel to Disneyland choose to stay at third-party hotels located in Anaheim near the theme park, since nightly rates are more affordable than Disney-owned hotels. Guests planning to stay at those hotels should watch out, however, for any conferences that could be happening at the nearby Anaheim Convention Center, which can cause rates to spike.

‘Disneyland gets a lot more local guests, who often just drop by on a weekend to hang out, have a churro and ride a few things.’

Additionally, visitors should look out for “blackout” dates for the Southern California annual passes to Disneyland, as the parks will be less crowded with locals on those days. While prices those dates might be higher, the experience could be more enjoyable, Munsil said.

At Walt Disney World, many of the same rules of thumb apply. Weekdays when school is in session are generally the cheapest times to visit. “The cheapest upcoming time to go to Walt Disney World is Aug. 23 through Sept. 12, 2020,” Testa said. Tickets cost around $103 per night for a 4-day pass, and Disney’s hotel rack rates range between $133 to $162 a night plus tax at its lowest-cost resorts, which is the lowest price of the year.

The summer months can also be fairly affordable at Walt Disney World, unlike Disneyland. “Summer in general is not as busy at Disney World as you’d think, because it’s so hot,” Munsil said. “If you’re willing to brave the heat and sun, it can be a fairly nice experience. Just take a lot of sunscreen and a hat, and take advantage of air conditioning as much as possible.”

Read more: Some Disneyland staff say they struggle with homelessness and food insecurity 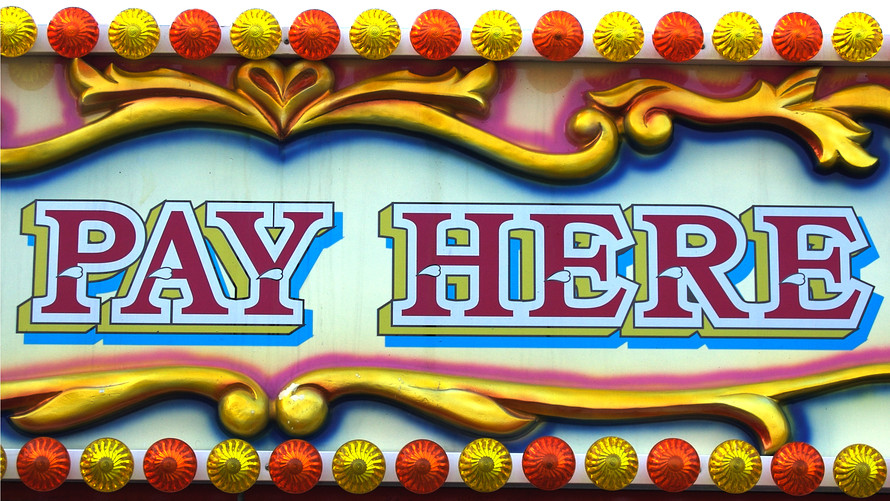 With the latest changes, Disney has now put in place five price tiers for the two types of single-day tickets.

At Disneyland Resort, single-day theme park ticket prices vary depending on the date someone visits. Originally, Disney had three price tiers for both its regular single-day tickets that allow guests to visit one theme park or to go to both Disneyland and Disney California Adventure.

With the latest changes, Disney has now put in place five price tiers for the two types of single-day tickets. The lowest price — $104 for a one-park, single-day ticket — remains the same, but prices at the top end have increased. Whether it is now more expensive Disneyland’s theme parks on a given day depends on whether they’ve moved into a higher- or lower-price tier based on demand.

“Disney actually increased the ‘spread’ of lowest to highest prices in this increase,” Munsil added. “I see this as Disney feeling that their ‘tiered prices for different days’ strategy is working, and they’re deepening the differences to try to drive more people towards the lower tiers and even out demand.”

A Disney spokesperson said the company offers “flexible ticket choices to enable families to choose what’s best for them.”

‘Disney is increasing the prices because they can. With consumer confidence high people are willing to spend big on travel.’

Prices increased between $10 and $20 for all types of multi-day tickets to Disneyland’s theme parks. Disney also hiked the prices only slightly for most annual paces, with the exception of the Disney Flex Annual Pass (up $50 to a yearly price of $649) and the Disney Premier Pass (up $100 to a price of $2,199). Prices also went up for the Max Pass from $15 to $20, an add-on that allows people to reserve a spot in line for popular attractions.

Over at Walt Disney World, the company has raised the prices on most of its annual passes, with increases ranging from $15 to $76 — though annual passes for Florida residents remain the same price.

For single- and multi-day tickets, including Park Hopper tickets, prices also changed. Disney did not provide the new price ranges, but said they were available online.

The Park Hopper addition costs between $65 and $85 per ticket depending on how many days someone is visiting. Guests can also purchase additional add-ons to visit Walt Disney World’s water parks and the NBA Experience.

• Avoid visiting during holidays and school breaks. The theme parks will be the most crowded — and most expensive to enter — during spring break, Thanksgiving week and the week between Christmas and New Year’s.

• Look out for special events. Both resorts have special events around Halloween and Christmas that require separate admission from your regular park tickets and passes. Additionally, Walt Disney World hosts marathon and other running events in January and February that increase park attendance and prices.

• Consider buying from an authorized ticket reseller. Companies like Park Savers and Undercover Tourist sell discount Walt Disney World and Disneyland tickets, which can offer big savings compared to buying directly from Disney. The site Touring Plans has a calculator to determine where you can get the cheapest tickets to Walt Disney World. If buying from a third party, ensure they are a reputable company to avoid ticket scams, and never buy tickets from websites like eBay EBAY, +2.55%.