Home
Stocks
Glimmer of hope in New York as Gov. Cuomo says rate of hospitalizations has slowed, but he adds ‘we’re still on the way up the mountain’
Prev Article Next Article
This post was originally published on this site 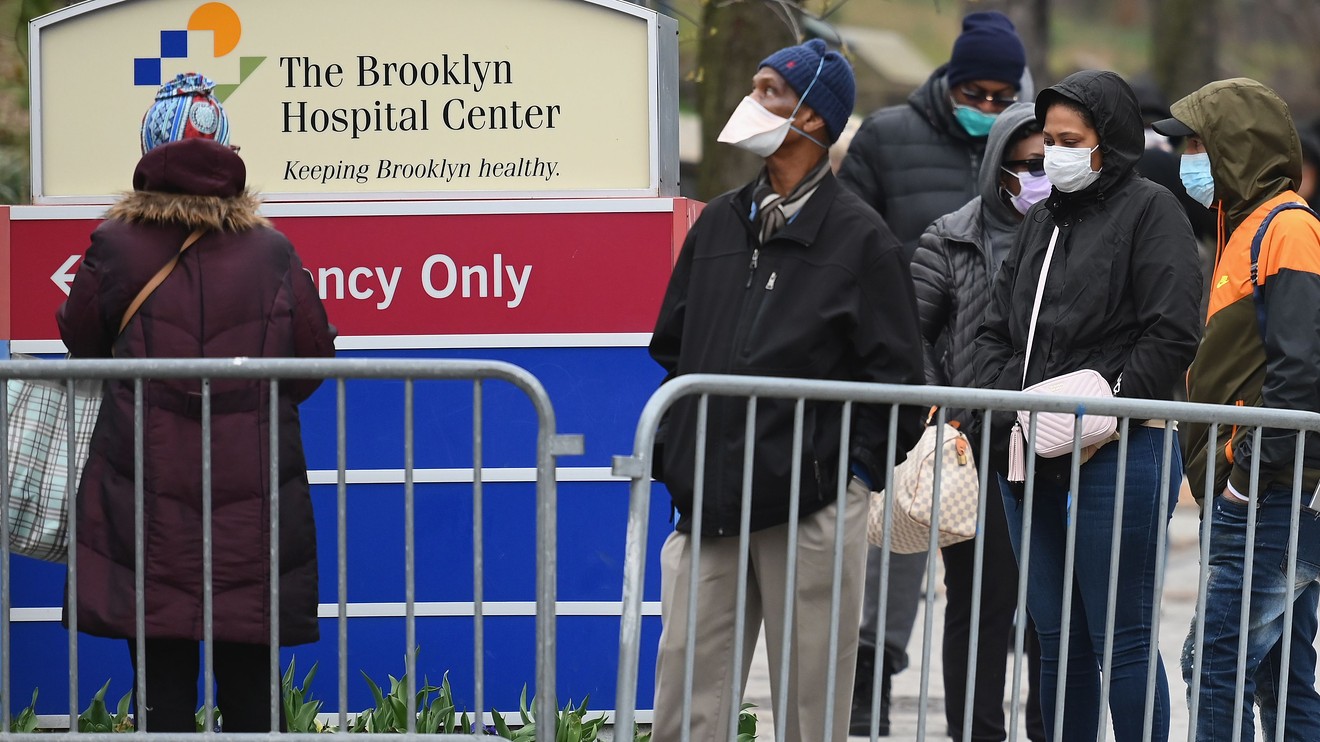 “The evidence suggests that the density control measures may be working,” Cuomo said at a news conference on Wednesday. The number of hospitalizations, which on Sunday were doubling every two days, are now doubling nearly every five days. However, the governor showed some hesitation to believe things could slow that much.

“We’re still on the way up the mountain,” he said.

He pointed out that Westchester County, which had the first cases of the virus in New York, has seen a significant slowdown in the number of new infections.

“In Westchester we have dramatically slowed what was an exponential increase,” he said

Meanwhile, on Tuesday, the White House advised anyone traveling through or from New York City, the epicenter of the coronavirus outbreak in the U.S., to put themselves into self-quarantine for 14 days—a blanket order some public health experts said is a step too far.

“I would not follow that,” Dr. Howard Zucker, New York state’s health commissioner, said at the Wednesday briefing with Cuomo. He advised, instead, following the Center for Disease Control (CDC) guidelines, which recommend avoiding proximity to others, washing hands and disinfecting surfaces often, and for people who feel sick to stay home.

“I would follow the guidelines in general that you should social distance,” Zucker said. “These cases are all over the country, it’s not just New York. We’re at the forefront, as the governor has said, but it’s elsewhere.”

On Tuesday, Dr. Deborah Birx, the White House’s coronavirus response coordinator and a public health expert, expressed concern that infected New Yorkers, many of whom have fled the city, might exacerbate the disease in less hard-hit areas.

“Everybody who was in New York should be self-quarantining for the next 14 days to ensure that the virus doesn’t spread to others, no matter where they have gone, whether it’s Florida, North Carolina, or out to the far, far reaches of Long Island,” Birx said.

Her comments followed a more forceful order from Florida Gov. Ron DeSantis mandating that anyone who travels from the tri-state area of New York, New Jersey or Connecticut go into self isolation for two weeks.

As of Wednesday, 17,856 people in New York City had tested positive for Covid-19, the new coronavirus, and 199 had died.

But the disease has been present and spreading across communities in every state, not only New York, said Dr. Bill Hanage, associate professor of epidemiology at Harvard’s T.H. Chan School of Public Health.

“If it were only in New York, it would make sense. The issue is it isn’t only in New York,” he said. Therefore, the opportunity to shut the disease out entirely with such measures is already gone.

He also questioned the reason for telling travelers from New York City to self isolate for two weeks and not people coming from other local hot spots in Washington state and California.

“I don’t understand the singling out of New York, a place that is doing the best testing,” Hanage added.

President Trump and Cuomo have sparred for weeks over the White House’s handling of the virus, even while the two work together to supply New York with the medical equipment and infrastructure support it needs to handle the deluge of hospitalization expected to hit New York City in the next two or three weeks. It raised the question of whether the White House’s advice to New Yorkers was another political jab or a true medical recommendation.

Remote, especially seasonal, communities, such as Cape Cod in Massachusetts or the Hamptons in New York, however, are likely feeling uneasy as they witness an influx of people looking for refuge from dense urban areas, said Dr. Cheryl Healton, dean of New York University’s School of Public Health. Many of these communities have limited emergency medical capacity and only a few intensive care beds.

“They are only scaled for full-time residents,” Healton said. That would be a problem in the event of an outbreak, which would quickly overwhelm the local health system.

If traveling to those remote places, it might make sense for anyone coming from a hard-hit area, including New York, to exercise increased caution, which may include a period of self-isolation.

“I don’t think it’s a bad idea for anyone coming from a hot spot, if they’re entering a community with a lower baseline,” Healton said. “I don’t think that’s unreasonable.”

New Yorkers who decide to quarantine — and who have to in Florida — should stay at home for 14 days from the date of exposure, or the last day they were in New York City. During quarantine, the CDC recommends monitoring your health and practicing social distancing, and not going to work, school or out of the house for any reason.