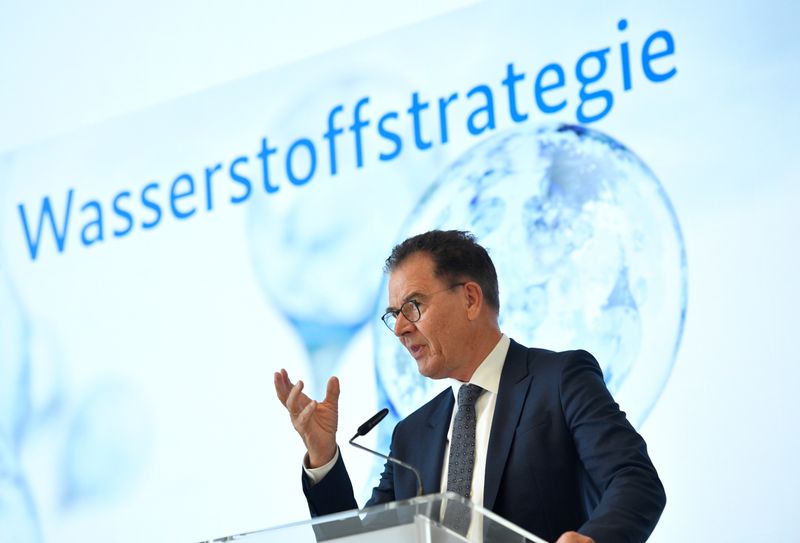 FRANKFURT (Reuters) – Germany’s push to increase the use of hydrogen as a clean fuel to meet climate targets will require imports and a traded market to supplement home-produced supplies, a consultancy close to protagonists in the emerging industry said.

“There will have to be a mix of domestic and foreign hydrogen volumes, depending on where the cheaper source is,” said Andreas Schwenzer, principal consultant at Horvath & Partners, which advises the gas network Open Grid Europe.

“The energy market is already discussing how a euro-denominated wholesale market can emerge,” he said in an interview.

Germany this month agreed a national hydrogen strategy, which in July will be embedded in a wider European Union plan for a fossil-free future for the bloc’s industries.

But it lacks land and offshore resources to produce sufficient carbon-free hydrogen from renewable energy to meet the EU goal to reduce net emissions to zero by 2050.

Horvath sees opportunities for Spain and Portugal to use solar-powered electrolysis to extract carbon-free hydrogen from water and ship this northwards, on vessels or through pipelines, Schwenzer said.

Morocco could also become a supplier, along with the Middle East, which needs to become less reliant on fossil fuel and may consider hydrogen the least disruptive option because it can use gas infrastructure.

In addition, Russia’s Gazprom (MCX:GAZP), which owns and operates existing and planned gas pipelines into Germany, says it can potentially transport hydrogen.

Some banks say there is too much hype around hydrogen as its commercialisation is years away and the technology is unproven.

The cost of green hydrogen is expected to fall and Schwenzer said EU targets to cut production costs to 2 euros ($2.24) per kilogram by 2030/35 from currently 6 euros appeared realistic.